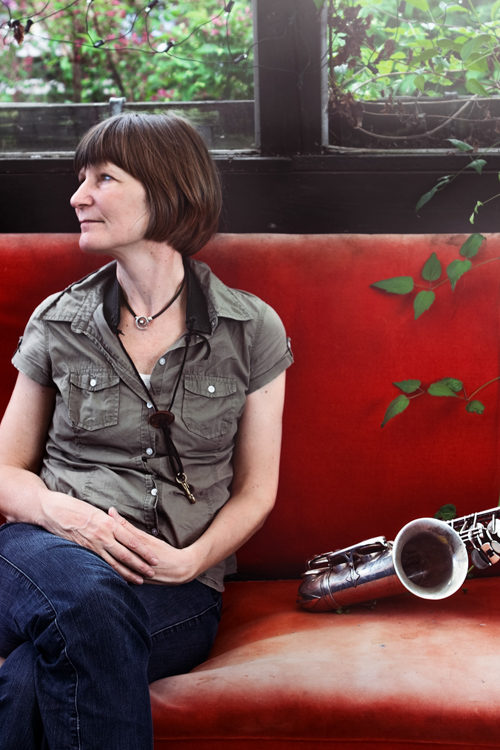 I grew up with jazz, as my father, Fritz von Bülow, was a jazz guitarist and developed a great love for brazilian music too, along with the jazz music that was already a natural part of my life. In my teenage years I started playing flute and later changed to the alto saxophone, which has been my main instrument ever since. From 86-90 I studied at the Rythmic Music Conservatory in Copenhagen.

In 1990 I had the rare opportunity to take private lessons with Stan Getz at his home in Malibu, one year before he passed away. He welcomed me with great hospitality, we met several times and I spent many inspiring hours with him during my two months stay in Los Angeles. He became like a mentor for me.

Another important mentor has been the great alto saxophonist, Lee Konitz, who I’ve been lucky to meet many times in Copenhagen, participating in his great clinics, taking private lessons and playing concerts together at several occasions. Latest at two beautiful concerts in Denmark, March 2011. Forever an inspiration in the art of improvisation.

I still feel the same passion for the ‘classical’ jazzmusic as I did 30 years ago, and never get tired of playing a standard tune or another good melody, and when the atmosphere is right and the reed is too, I just love the singing sound of an altosaxophone.

We happen to have a lot of wonderful musicians around Copenhagen and I am lucky to be playing with some of them in my different bands. I’ve been leading my own groups for decades, and had the first ‘break through’ with my own trio, Christina von Bülow Trio (Jacob Fischer, guitar, Jens Skou Olsen, bass) when we in 1993 started to work with swedish star trumpeter, Jan Allan with whom I recorded my first album in own name in 1994. Over the years I recorded 4 cd’s with this trio, and later 2 more cd’s with a newer band with pianoplayer Ben Besiakov, Bülow/Besiakov Quartet. This group has been working together through many years with another swedish star, tenor player Bernt Rosengren, and bass and drums are taken care of beautifully by Daniel Franck and Frands Rifbjerg.

In 2007 I had the great opportunity to record a cd with the unique pianist Horace Parlan together with bassplayer Jesper Lundgaard. (‘My Little Brown Book’). We even got to play a few concerts together, a rare and beautiful experience I will keep close to my heart always.

Among newer projects I’m working with is Silhouette, a quintet I lead together with Fredrik Lundin (tenor, bary) and both a duo and a trio with pianoplayer Søren Kristiansen, with whom I also lead the group Time Out, a Tribute to Dave Brubeck.